Born on 10th of August 1974 in Alessandria, Italy.
Graduated in Dental School at Genoa University as DDS in 1999.
ADHESTHETICS founder.
EAED (European Academy of Esthetic Dentistry) Active Member since 2006.
AIC (Italian Academy of Conservative) Active Member since 2007.
Vice-president from 2016 to 2019. President elect for the biennium 2022-2023. SCAD (Society for Color and Appearance in Dentistry) Regional Councilor for Europe of for the biennium 2013/14 and 2015/16.
Secretary for biennium 2017-2018.
President elect for the biennium 2022-2023.
Member of the Editorial Board of IJED (International Journal of Esthetic Dentistry) since 2010.
AARD (American Academy of Restorative Dentistry) Member since 2014.
DSD (Digital Smile Design) Master since 2013.
International speaker at dental congresses and courses in more than thirty Countries.
Other informations: National President of AISO (Italian Association of Dental Students) in 1997-99.
Trainer at the Dr. Massironi Prosthodontics Annual Master Course from 2004 to 2018.
Co-author of several Italian and International scientific publications including the book on Prosthodontics “Precision in Dental Esthetics” by D. Massironi, R. Pascetta, and G. Romeo published in 2004.
Active and Founder Member of MSC (Massironi Study Club) from 2007 to 2018.
Active and Founder Member of GICC (Interdisciplinar Gymnasium CAD CAM) from 2007 to 2016.
Visiting Professor in Esthetic and Restorative Dentistry in different Universities: Genoa University (IT), University of Pisa (IT), Insubria University of Varese (IT), Alma Mater University of Bologna (IT), Dental School of Torino (IT), CEU University San Pablo of Madrid (ES), University of Almeria (ES), Universidad Europea de Madrid (ES), New York University (USA), University of Washington in Seattle (USA).
Adjunct Assistant Professor in the Department of Preventive and Restorative Sciences in the Associated Faculty of the School of Dental Medicine of the Upenn University in Philadelphia since January 2020 until June 2022. IAED (Italian Academy of Esthetic Dentistry) Active Member since 2011.
IAAD (International Academy for Adhesive Dentistry) Member since 2013.
Dental practice in Alessandria, focusing in Operative Dentistry and Prosthodontics.

Disclosure: Dr. Ferraris has a relationship with Komet Dental and the distribution of burs kit LD1372.

Dr. Markus B. Blatz is a Professor and Chairman of the Department of Preventive and Restorative Sciences, at the University of Pennsylvania School of Dental Medicine, where he also founded the Penn Dental Medicine CAD/CAM Ceramic Center. Dr. Blatz graduated from Albert-Ludwigs University in Freiburg, Germany, and was awarded additional Doctorate Degrees, a Postgraduate Certificate in Prosthodontics, and a Professorship from the same University. Dr. Blatz is co-founder and immediate past President of the International Academy for Adhesive Dentistry (IAAD). He is a Board-certified Diplomat in the German Society for Prosthodontics and Biomaterials (DGPro) and a member of multiple other professional organizations. He serves on the editorial boards of numerous recognized scientific dental journals. He is coauthor of the international bestseller “evolution – contemporary protocols for anterior single-tooth implants”. Dr. Blatz is the recipient of multiple teaching and research awards and has published and lectured extensively on dental esthetics, restorative materials, and implant dentistry. 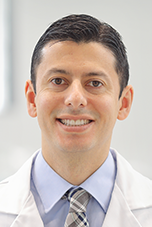 Dr. Conejo is the Clinical CAD/CAM Director in the Department of Preventive and Restorative Sciences, University of Pennsylvania School of Dental Medicine, Philadelphia PA, USA. He conducts research and has multiple publications in peer-reviewed scientific journals on CAD/CAM technology, prosthodontics and implant dentistry. Dr. Conejo has been the recipient of several awards in his field, to include the ICP Research Fellowship in Dental Restorative Materials in 2016 and has lectured in over 35 countries. Dr. Hirata is Assistant Professor of Biomaterials and Biomimetics Department at New York University (NYU), working with research on restorative biomaterials, focusing composites and adhesives. Also, he keeps private practice in Curitiba, Brazil, working with Esthetic Dentistry. He is coordinator of several post graduate programs on Esthetic and Restorative Dentistry in Brazil, lecturing about Esthetic Restorations in many countries. He finished his DDS in Federal University of Parana/Brazil in 1995, the MSc in Biomaterials in Catholic University of Rio Grande do Sul/Brazil in 2002, and his PhD in Restorative Dentistry in Rio de Janeiro State University, in 2009. He had finished his post doctorate at NYU in 2012 working with Plasma Treatment of Dentin Surfaces. Dr.Hirata have published papers in Journals, more than 10 chapters, and two textbooks. His first textbook was “TIPS in esthetic dentistry” launched in 2011, being translated to 3 languages already. His latest book is named “SHORTCUTS in Esthetic Dentistry”, published by Quintessence, translated to 3 languages as well. Dr. Sarnachiaro, received his dental degree from the Universidad de Buenos Aires Facultad de Odontologia, graduating magna cum laude. He completed his Oral Surgery Residency Program in the Hospital Eva Peron and obtained his certificate in Prosthodontics at the Instituto Cientifico Buenos Aires. Dr. Sarnachiaro completed a Fellowship Program in Oral Implantology as part of the University of Pittsburgh’s continuing education program in Argentina. Relocating to the United States in 2003, he received his U.S. DDS degree from the New York University College of Dentistry (NYUCD), once again graduating with honors. He is currently Clinical Assistant Professor at New York University College of Dentistry Department of Prosthodontics. Dr. Sarnachiaro has done extensive research in the field of dental implants and related biomaterials. He has lectured throughout the United States, and around the world on the aforementioned topics. Michael Bergler, MDT, is internationally recognized in the area of esthetic ceramic restorations and CAD/CAM-technology. Furthermore he is co founder of the CAD/CAM-Ceramic-Center at University of Pennsylvania, School of Dental Medicine. He has published and lectured extensively on restorative materials and digital technology. In July 2013 he received a faculty position in the Department of Restorative & Preventive Sciences. At the beginning of 2020 he designed and established the Center for Virtual Treatment Planning at University of Pennsylvania, School of Dental Medicine. He is currently enrolled at a University to receive his Master of Sciences in Digital Technology, MSc. Mr. Bergler is on the board of reviewers for the International Journal of Prosthodontics and an active member of the International Academy for Digital Dental Medicine (IADDM). He trained in Germany at the University of Erlangen-Nuernberg, Department of Prosthodontics, and earned his Certificate of Master Dental Technician (MDT) at the Masterschool of Freiburg, Germany. In addition to holding numerous appointments within the Department of Prosthodontics at the School of Dentistry, University of Erlangen-Nuernberg, Germany, he served as a Master Dental Technician with Dental Laboratory Rainer Semsch, Freiburg im Breisgau, Germany. His dental laboratory training has included study under Kazunobu Yamada, CUSP Dental Laboratory, Nagoya City, Japan; Hitoshi Aoshima, Pearl Laboratory, Tokyo, Japan; and Dr. Gerad Chiche, Chairman of the Prosthodontic Department, Louisiana State University School of Dentistry, New Orleans, La.

Sean Han, CDT, is a certified Cerec trainer and Dentsply Sirona inLab trainer with an expertise in Advanced Implants and Cosmetics. He is also a Key Opinion Leader to various dental implant, equipment and material companies around the globe. Sean has a vision to change the way we do office visits and believes there is a huge value “Golden Time” when patient is in the chair to confront each and every case on the spot. Sean is a member of the NADL. He is a mentor and trainer for various implant companies and has a passion to share his wealth of knowledge to anyone as passionate as he is to learn! He is a Founder and Chief Executive Officer at Master’s Arch, specializing Full Arch, Cosmetic and Complex Cases where he involves clinically to simplify major case treatments with his Providers nationwide. Master’s Arch is located in Chandler, Arizona.